JOHANNESBURG – A 30-year-old woman was arrested at the OR Tambo International Airport in Johannesburg, for smuggling and the illegal possession of two rhino horns, the Environmental Affairs Department said on Friday. 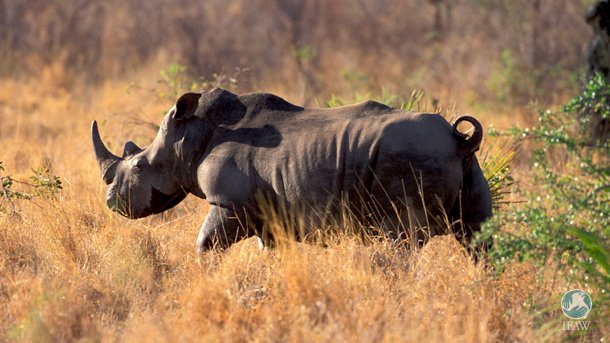 “The 30-year-old Zimbabwean woman was arrested after suspicious items were noticed by private security personnel during scanning of her check-in luggage and reported to customs officials, who, in turn, called the Green Scorpions to assist with identification of the items. The horns were found hidden among electronic items in a suitcase,” spokesperson Albi Modise said.

READ: Woman held at OR Tambo for smuggling rhino horn

“The arrest of the Zimbabwean national in connection with the smuggling and illegal possession of two rhino comes less than two weeks after the arrest at OR Tambo of a 24-year-old Chinese woman who was in transit from Zambia to Hong Kong. The Zambian national was arrested transporting 11 rhino horn.”

The Zimbabwean national is expected to appear in court soon.

Modise said the confiscated rhino horn would be subjected to genetic profiling by the forensic science laboratory of the South African Police Service (SAPS), to determine the origin of the rhinoceros horn and possible links with other investigations.

Environmental Affairs Minister Edna Molewa congratulated members of the Environmental Management Inspectorate (known as the Green Scorpions) for their assistance in the arrest.

“The successes we are recording in terms of the integrated strategic management approach can be attributed to the excellent cooperation with, and collaboration between, the Green Scorpions, SARS [the SA Revenue Services], SAPS and other government agencies as they strive to combat the illegal import and export of wildlife products,”  said Molewa.

Modise said that in terms of the National Environmental Management: Biodiversity Act (NEMBA, as well as the Convention on the International Trade in Endangered Species of Wild Fauna and Flora (CITES), a permit was required to possess or transport rhino horn.

Op-Ed: Want to save rhinos? Look beyond guns and trade by PETER KNIGHTS & ADAM WELZ
2,160 Comments

How not to save the rhino
1,689 Comments

Ivory poaching’s direct links to the world’s most evil terrorists, warlords and dictators is exposed
1,505 Comments

Rhino poaching: inside the brutal trade by Alec Russell
833 Comments

LIVE ANIMAL TRADE IS OUT OF CONTROL
171 Comments
MENU